Sign up now for exclusive special offers and updates 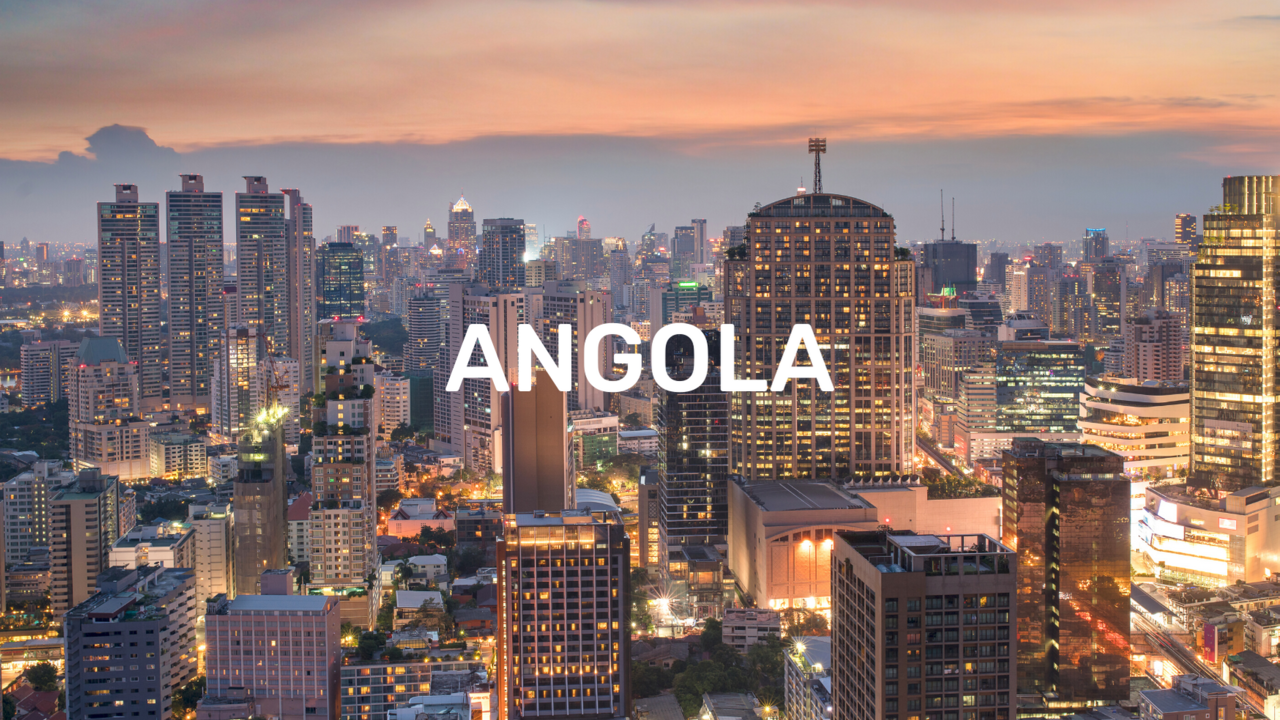 Home of the world-famous Kizomba and Kuduro music and dance, Angola is the third biggest market in sub-Saharan Africa and one of the world’s fastest-growing economies. Its name is derived from the Kimbundu word N'gola, meaning King.

Located on the west coast of Southern Africa and highly multi-ethnic, Angola is the second-largest oil and diamond producer in sub-Saharan Africa.

Angola is rich in hydrocarbons, minerals, fisheries and agriculture land. Its economy is heavily reliant on the oil sector so there is strong growth potential for non-oil sectors such as agriculture, construction and tourism.

The construction of roads, airports, ports, hospitals, schools and most importantly affordable housing tops the government’s agenda. The Angolan Government has also declared its intention to minimise imports in order to enable the economy to be self-sufficient, by offering greater investment incentives within agriculture and the development of the industrial sector.

The Angolan Government is keen to promote private investment in the country to break the cycle of economic dependence on the oil sector. It has identified the following priority sectors for businesses, which carry the potential to replace USD 3.3 billion in imports:

The Angolan Government is also working to improve the business climate. A new private investment law was approved in June 2018, which reduces the minimum capital requirement for international investors, facilitates repatriating dividends and salaries, and eliminates a requirement for an Angolan partner. A competition law was also enacted in May 2018, and a program of privatization of state-owned enterprises was launched.

Join the Strand Sahara Membership Plan to access our Membership Portal with more information about doing business in Angola, opportunities, risks to guard against and local contracts to assist you. Start your free trial today.

The 5 most expensive legal mistakes made by startups in their first year — and how to avoid them
legal protections startups
Oct 02, 2020
Spotlight on Nigeria
africa nigeria
Apr 21, 2020
Spotlight on Angola
africa angola
Apr 02, 2020

Stay connected with news and updates!

Stay in the loop

Sign up for our newsletters, updates and special offers. Unsubscribe at any time.

Sign up to receive our newsletters, updates and special offers. Look out for our email in your inbox to confirm your subscription.